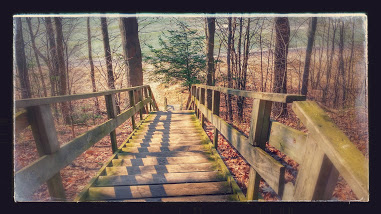 I’ve received such support in the last few months since Unconditional has come out! It seems like in the really good times (and in the really bad times) we treasure even more our family and friends and the support and love they offer us. I feel like such a lucky person to be surrounded by all the encouragement and kindnesses I’ve received in the last six months. As I said in Unconditional, I am a lucky and privileged parent, and parenting (a “regular” kid or an LGBTQ kid) even in these great circumstances (we have healthcare, a nice home, good jobs, and an awesome support system of other parents) can still be so challenging.

The school year is lasting FOREVER here. (Teachers, can I get an amen?). Matthew doesn’t get out until next Friday, June 16, which is full week away.  Yesterday Casandra got home from her study abroad and one of Matthew’s best friends spent the night at our house. We ate dinner, watched some Master of None on Netflix and then watched part of the Stanley Cup Finals, while Matthew and his friend sorted his MTG (Magic the Gathering) cards.  It was a nice evening and I thought about how this time next year, Matthew would be getting ready to graduate from high school, and how the year after that, it might just be me and my husband after dinner. That was a bittersweet thought, for sure.

We received a piece of information last night involving school stuff that upset me. Unfortunately, I can’t go into the specifics, so I have to vague-blog. This news triggered my sense of injustice. I felt my son, his friends, and large group of others, had been treated unfairly. If not outright unfairly, they had been treated with what I would consider to be a lack of grace and graciousness.

When I was little, I always thought of “grace” as having to do with religion. We said grace before we ate, we talked about God’s grace. I sometimes thought of graceful people, like dancers. But as I’ve aged and parented, I’ve valued the definition of grace, “the quality of state of being considerate and thoughtful” and a “sense of propriety or right,” just as much as all of grace’s other definitions. I think we need to teach our kids about grace, and we need to model it. Grace is, at its core, one of the good things about humanity. Grace is the ability to empathize. It is recognizing that we are no more, and no less, important than every other human being on the planet. Grace is a state of mind that we need to internalize.

We live in a very competitive world and our society and capitalism put a lot of emphasis on being the best. But the trouble is, there is only one person who is the best at any one thing, and then another person comes along and eventually knocks that person off, and then they are the new best, and then so on and on, time continues. The quest for best seems pointless and fruitless if that is the only reason you are doing a particular thing. I vastly prefer to talk about excellence, well-roundedness, and choices both in my own life, and in the lives of my children. Excellence is doing your best and striving to improve, and it definitely does not involve constantly telling people how good you are, or putting down other people who are “not as good as you.” Our 45th president is currently modeling abhorrent and pugnacious behavior, so we have even more of an obligation to model grace, and a generosity of spirit to our children.

People who are nothing but their egos don’t survive very well in adulthood. They can be successful by the terms of capitalism—they can have a big house and lots of money, but without a sense of interior self, without empathy, without a sense of grace, nothing will ever be enough, and they will constantly be throwing achievements and money into a maw that constantly grows larger and larger as they age.

Kids with empathy, regardless of their ages, know when someone belittles them or puts them down, even in a back-handed way. They know when someone crosses the line of a little adolescent, good-natured braggadocio and into just being an absolute dick. So someone may still be the best—at school, at work, at a sport, at a hobby, but if they have no grace, no humility or modesty, they aren’t going to be a particularly well-liked person. And then the walking ego, having been taught that achievement is the path to all things, wonders why no one truly likes them, because they’ve achieved all these things, and isn’t that the path to being liked?  They cannot see the effects of their own actions—the tearing down of others to build themselves up—on other kids, and yes, their parents as well.